The City of Shifting Waters by Pierre Christin

My first time with Valerian and Laureline. 3D chess, holy Star Trek! Originally published in 1976. Has a pretty old-fashioned and, dare I say it, cartoonish look to it. But then it is about 40 years old. Laureline is mostly in the sidelines, with a supporting role and the whole shebang is a little sexist, but considering the comic’s age I can live with that.

My free Kindle edition (kindle unlimited/amazon prime reading) from 2010 does not have the best resolution, the speech bubbles are a little out of focus. 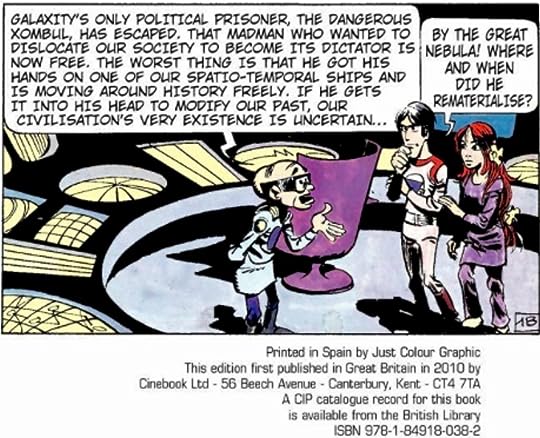 The artwork grew on me pretty quickly. Guys in 70s hippy clothing, what’s not to like. Good story, too. Pretty chatty for a comic, though, with a lot of text. Sometimes overly crowded with speech bubbles.

I liked the artwork, colouring and plot. Aged fairly well, although it doesn’t have any of the flashiness and visual depth of modern comics. I would recommend this to friends and maybe even get another volume. I have not watched the movie yet, but I might do so now.