The Cuckoo’s Calling by Robert Galbraith
My rating: 3 of 5 stars

Cormoran Strike is a likeable character, my favourite was Robin though. I was positively surprised.

Ultimately though this was too sedate for my taste and halfway into the story I started to get a bit cored. Too many lengthy, uneventful interviews. Not a lot of suspense. The unlikely reveal at the end, where the good guy lays it all out for the reader and the bad guy snaps and is caught. I read a version of this many times before. Bordering on armchair mystery in the style of Agatha Christie.

The highlight for me was the audiobook narration. Oddly though, he made Strike sound a bit like Michael Caine. Accents are not this narrators strength, but his narration was still very good.

So, 3 “this-is-okayish“ stars, with some boring stretches. A pretty generic crime story, made a bit more interesting by Strike‘s backstory. I doubt I will get the next book of this series anytime soon. However, I might look up the audiobook narrator.

Really nice! I like the black and white artwork very much. The brief bits of colour are very nicely placed and the line art is gorgeous. 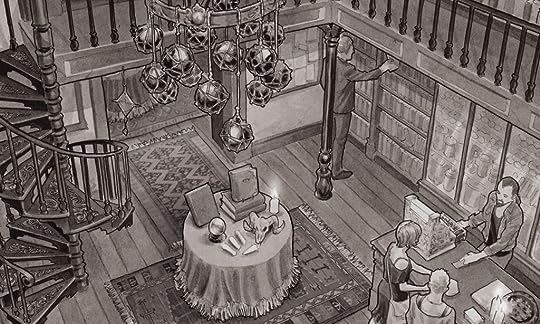 Issue #2 was a bit of a filler. Issue #3 was slightly more interesting, but this definitely seems like a slow burning type of story. The ending of Issue #4 was a scary cliffhanger… Issue #5 brought it all to a nice climax, with two plotlines coming together and a new one opening…. which means that I will very likely get the next volume.

Bottomline, the plot is not Earth shattering, there is nothing terribly new or unusual. Not a lot of suspense until the end of Issue #4, but the story is solid enough. The black and white artwork with rare swirls of coloured highlights on the other hand is great. Great sketching, especially the shading and expressions of the various faces were fantastic.