This is my current read:

Written in the Stars (Kindle Edition)
by Alexandria Bellefleur

And these are the first three sentences of the book:

There was only so much chafing a girl could handle, and Elle Jones had reached her limit. Dodging strollers in front of Macy’s splashy holiday window displays and hustling to make it to the restaurant on time had caused the creep of her lace to quicken until her brand-spankin’-new underwear functioned more like a belt than the boy shorts they were. She could practically taste her spring-fresh laundry detergent.

Don‘t I know that feeling! This book is pretty good, as contemporary romance goes.

Yes, this is another meme, created by Hoarding Books. Feel free to head over there, have a look, grab a book and post the first line.

I bought myself a MacMillan Collector‘s Library edition of Jane Eyre in 2018. Cute little hardback…

I put my re-read of this classic on hold back then, I was not in the right mood for it.

My review from 2008: (pretty sure I read it before, but I could be delusional)

I expected to be bored. Classics usually do that to me. Especially, when I know the story already quite well through various movie adaptations. But this I liked quite a lot. I did a little skimming in the beginning and occasionally throughout the book, when it got a little too slow for my taste. Jane feels relatively modern and the language, although necessarily old-fashioned, wasn’t too stilted. I could have done without the episode with St John. That part of the book felt like a filler to me and I don’t remember seeing it in any of the various TV adaptations I have watched over the years.

Not such a successful classic read was Jane Austen. Quite embarrassing, probably, as everybody seems to love this book.

Pride and Prejudice
by Jane Austen

I give you this, written and posted first in 2015: 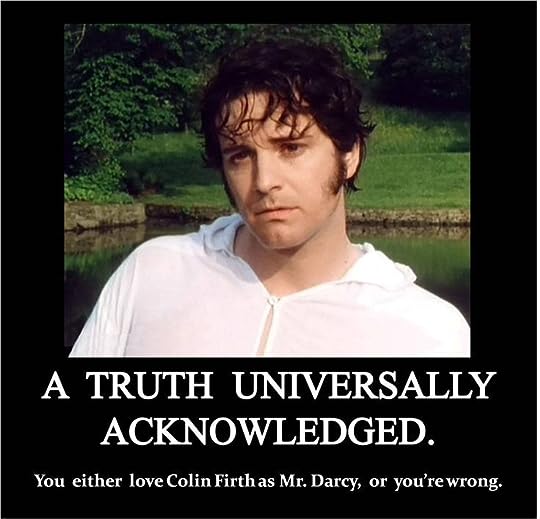 Maybe I would have been better off just watching that BBC miniseries. 12% into the book I was wondering what all the fuss is about. People meet for dances and have meaningless conversations about who could marry whom and which girl is plainer or prettier than the other. Really? Boring! Where is the plot?

Eventually I was skimming through more and more conversations that did not interest me, although some semblance of a shallow plot eventually emerged.

At 25% I gave up. I didn’t care why Darcy is despicable or not or which daughter is going to marry what gentleman.

Out of curiosity I read the last two chapters and they left me just as indifferent. This may be a famous novel, but it went straight over my head. I did not connect with any of the characters and the descritpion of society back then just rubbed me the wrong way on every page. Not for me, sorry. Off to finally watch Colin Firth and to see if the story works better for me that way…