Top Ten Tuesday was created by The Broke and the Bookish in June of 2010 and was moved to That Artsy Reader Girl in January of 2018. It was born of a love of lists, a love of books, and a desire to bring bookish friends together.

This week‘s topic: Animals (Real and Fantasy) in the books, on the cover or in the title…

Ok, animals in books, no problem…. there are plenty of werewolves and dragons in my reading past… the tricky part will be to find books that I haven‘t mentioned here before. Let‘s see…

I read this a long time ago. It was good, I don‘t remember all that much. Maybe time for a re-read of this classic fable about communism.

I liked “Poisonwood Bibel” and loved “Prodigal Summer”. But this one wasn‘t for me. It bored me at the time and I didn‘t like the main character. It has an animal in the title though!

This was fun. Set in an alternate universe during the Napoleonic wars, the British and the French not only fight each other with their powerful Navies, but also with aerial combat — the captains not flying in planes, but riding on dragons. Well written, it reads a bit like a mix of Patrick O’Brien and Anne McCaffrey.

A serial killer starts killing in a small Kansas town. The corn is high, the heat is hot and the agent, that appears out of nowhere, dressed all black, is really weird….

If you are into graphic violence, this is for you. Really nasty murders, with a lot of detail! Ewwww. I sort of made my way through that book in small doses. Pretty gruesome. And that agent was really very weird.

I like Clancy and Jack Ryan is one of my favourite characters. With only slightly over 600 pages this is one of Clancy’s shorter efforts. It was ok at the time. But I do not recall any of the storyline, which usually means that it was nothing special.

A Falcon Flies
by Wilbur Smith

At the end of the 19th century our main characters travel to Africa to make their fortune and search for their father, who disappeared into South-East Africa several years previously. They encounter the British Navy, slave traders, African kings, elephants, treasures, witches, buffalo, malaria, love, betrayal, loss and their destiny… To be continued in the next book… 😉

My next and last two offerings are colouring books! I have the German versions, but both have originally been published in English.

I couloured in this last time in 2018. I should probably get out my art supplies again….

A quick and messy watercolor…

The whale was fun… 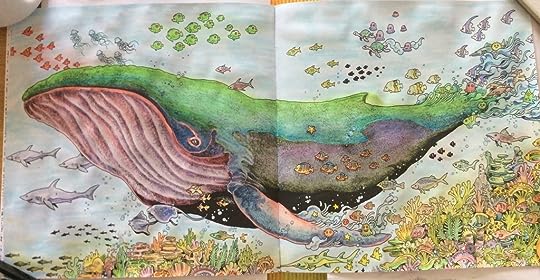 The elephant was a bit simpler… 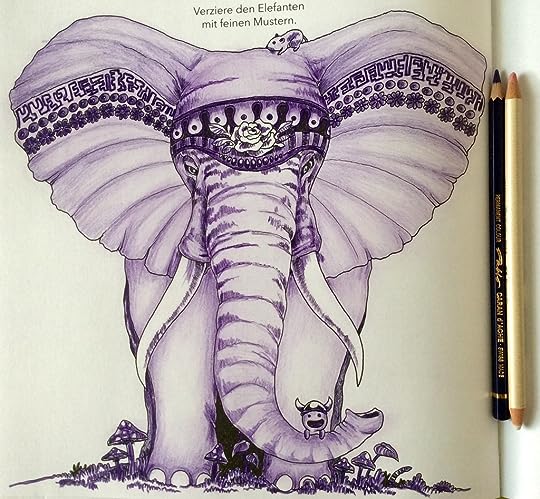 And my favourites, the owls!

Here I stayed in one colour… 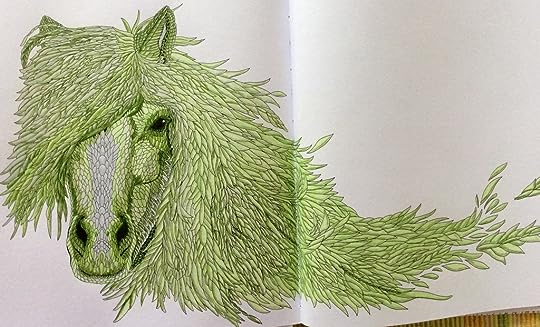 And here it is black and white with some highlights…

And the snake was a lot of fun:

Ok, that‘s only eight books, but I am done for today! 😏

Beautiful, crazy sketches with hidden objects. I will post updates of the sketches, as I go along.

Done with the crocs! Here is the current status: 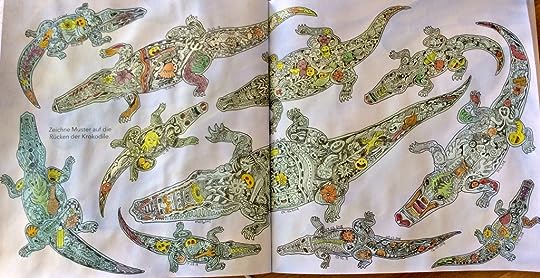 I could colour more of the doodles, but I think I am done for now…

Up next is one of those doodling things, chosen for me through the pick-it-for-me challenge: 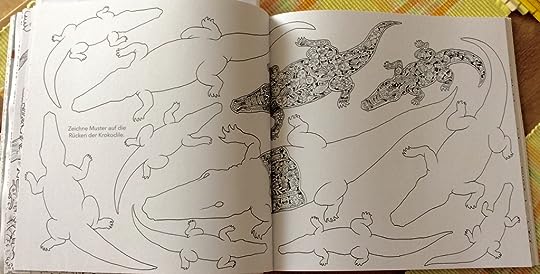 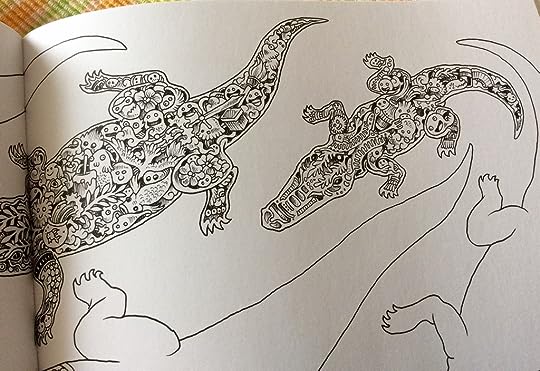 Time to get those black fineliners out of their box… 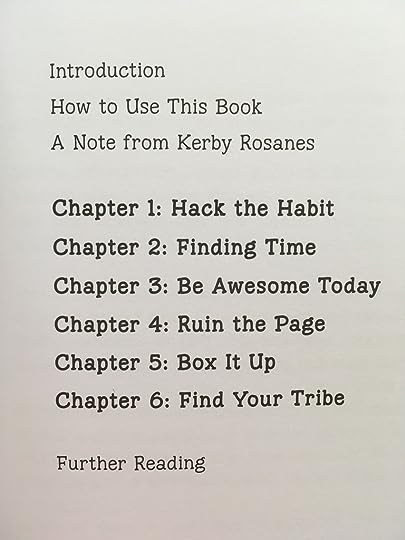 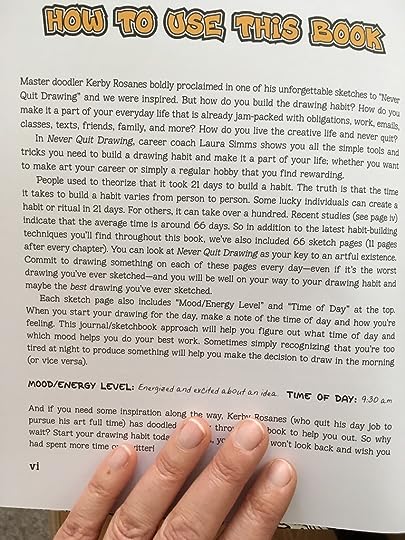 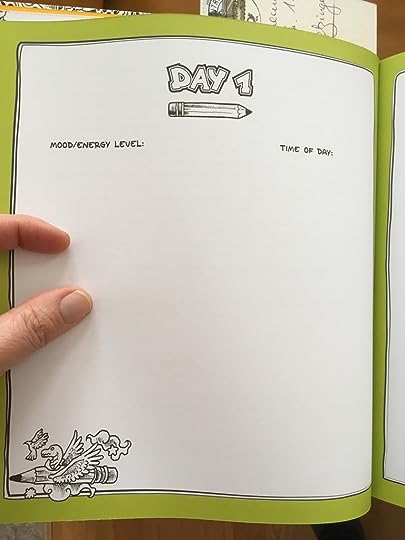 This resembles what Stephen King wrote in On Writing: A Memoir of the Craft — write/sketch every day, even if it turns out to be crap. But stay at it and do it regularly, every day, all days, form a habit…

Updates and possibly moaning and wailing, once I start…

Beautiful, crazy sketches with hidden objects. I will post updates of the sketches, as I go along.

Up next is one of those doodling things, chosen for me through the pick-it-for-me challenge:

Time to get those black fineliners out of their box…

Colour Your Own Van Gogh by Amsterdam Van Gogh Museum
My rating: 4 of 5 stars 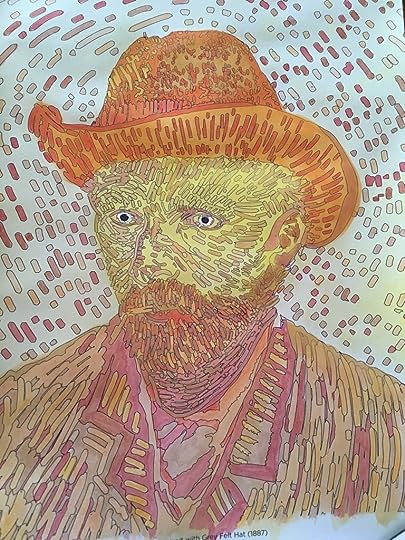 The background is a pale yellow, which you can‘t see, because I seem to be taking shitty photos… Plus weird eyes, those I totally messed up. Never mind.

Colour Your Own Van Gogh by Amsterdam Van Gogh Museum
My rating: 4 of 5 stars 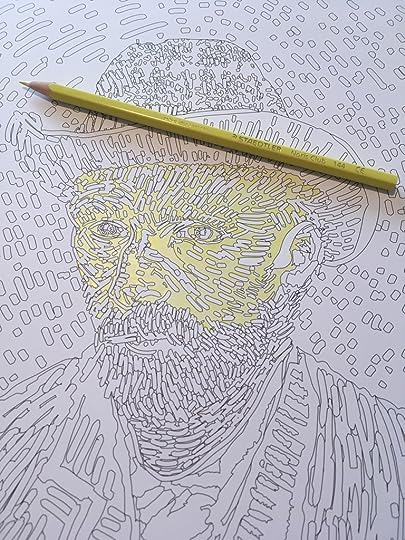 Here is the original: https://www.google.com/culturalinstit…

I am not trying to duplicate it, instead I got challenged by one of my coloring buddies to just use yellows and orange…

*~*~*~*
December 2017:
Was in transit throug Amsterdam airport two days ago and made the mistake of entering a bookshop. Saw this and had to get it…. And I don’t even like Van Gogh all that much! But the book is very nice.

I give you my festive glitter doodle….

The glitter is a little difficult to see and I didn’t manage to get rid of the glare…. that was a lot of fun with the pens. I might need to get more pens. No shading, but very satisfying.

Pick For Me Challenge finished 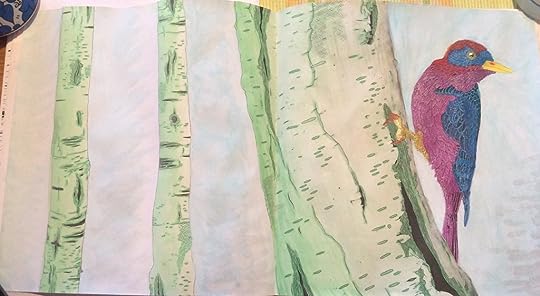 I used watercolours, Tombow ABT pens and Giotto Turbo Glitter pens. And a Signo Pigment Ink pen for the white spot in the eye.

Here is the first round of coloring, watercolor only, not looking very winterly… 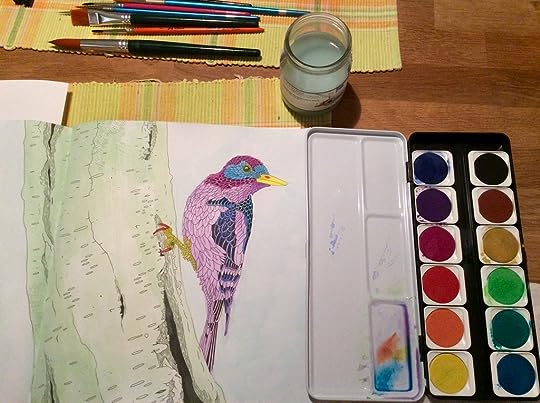 Excellent colouring book. Good quality paper, great motifs. Animals, landscapes, variety. Fun. I have done four pieces so far and really enjoyed doing them. I will definitely continue using this book. I would recommend or gift it to friends.

This is how it works: post a list of your coloring books. Another member will choose one of them and then give a page number for you to color. Tada!

Here is what I ended up with, picked by Gundega: 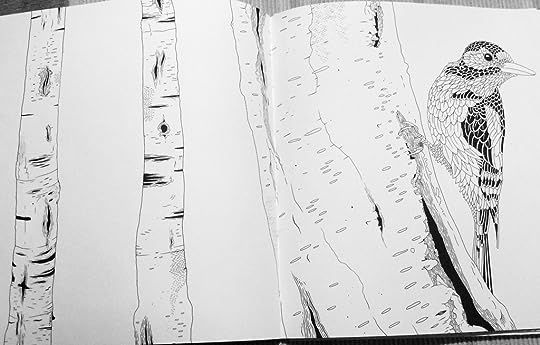 I am thinking about combining it with two other currently running challenges:
Mixed media–I plan on using watercolor for the large areas and backgrounds and do the details with gel pens and pencils.
Winter color theme–I am going for pale blue, green, grey and maybe mix in some pale purples. I saw a winter scheme like that somewhere and think it could work well with this motif.

Then again, it might end up being totally different, as I am very much a spur-of-the-moment coloring person… 🙂

Very hard to put down! #andyweir #hailmarybook
My bread this week is made with sourdough discard.
My first attempt at a sourdough toast, made with strong spelt flour. #sourdoughbread #sourdoughtoast #speltflour
Breakfast and a book... #kindle #breakfast #coffee #eggs
Sourdough Spelt Loaf