As mentioned, we are still in prison and we finally make the acquaintance of The Governor…

From that point onwards it gets really violent and brutal. We have definitely entered the world of the very, very mature reader. Wow. Good though, if you can stomach the violence. Practically makes me quake in my fluffy socks in anxiousness and fright regarding volume 6…

This weekend I am taking part in a readathon, rather unsuccessfully. You can find more under these hashtags or at Goodreads, following the link:

False Value by Ben Aaronovitch
My rating: 3 of 5 stars

Loved all the pop culture references, as usual. The Hitchhiker’s Guide to the Galaxy by Douglas Adams features heavily. There is also Terminator, Tolkien, James Bond and a few others.

Kobna Holdbrook-Smith does an excellent job again as a narrator, although in my opinion his American accents are crap. Sorry! 🙂

This book pointed me in the direction of apparently legendary movie set designer Kent Adam. Thanks for that, great stuff!
https://thespaces.com/5-of-legendary-…

Possibly my favourite character, although she didn‘t have much page-time: Foxglove. She made me laugh. And FYI, Peter pictures himself as Colin Salmon.
https://en.wikipedia.org/wiki/Colin_S…

Could his mum please bring me tupperware with left-overs twice a week as well? That would be fab!

So, that leaves me with the story. I liked the alternating timeline in the beginning, it was a nice puzzle. There are some good scenes, I had a few laughs, the drones were a pretty nifty design. But in total the story was not very exciting. The bad guy was not really a bad guy, the climax was almost non-existent. Meh. The plot sort of meanders along, picking up a clue here or there. I think maybe Aaronovich got lost a little in irrelevant details and the pursuit of funny moments. Even in the second half of the book I had problems keeping the characters straight. I had to listen to the last hour twice, because I feel asleep during my first listening. Asleep! In the last hour! Yeah, so, this was not it.

PS: No, I don‘t miss the Faceless Man or Lesley. That story arch dragged on entirely too long anyway.

I am listening/watching this on an app on my iPad. Unabridged, with extras. To keep this entry short, more behind a spoiler tag (which it is not): 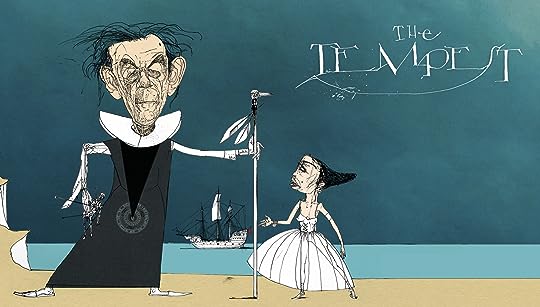 * A cast of professional Shakespearean actors performing the play
* The full text of The Tempest as published in the First Folio
* A full digital version of Arden Shakespeare The Tempest including full notes and commentary
* A linked historical time line of Shakespeare’s life, his plays, his theatres, and the historical context
* Video talks by both Sir Ian McKellen and Professor Sir Jonathan Bate on characters, themes, and the overall play
* Full breakdowns and explanations of every character with a visual rundown of all their lines across the scenes
* A full “play at a glance” with illustrations and summaries to explain the plot with key quotes and events.
* A history of all the major productions of The Tempest from the 17th century to the present day.
* The ability to make notes, copy and highlight text that can be collected, correlated and exported for later use.

Pretty cool. My main motivation really was to watch Ian McKellen and Derek Jacobi read this at me. And the hope of understanding it better.
https://www.heuristicmedia.tv/Heurist… 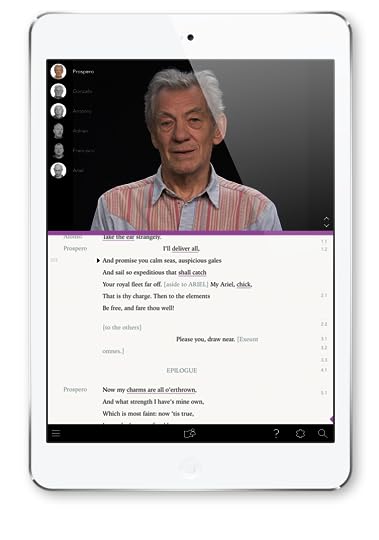 For tracking purposes I downloaded a kindle unlimited version as well.

How familiar am I with Shakespeare? Not very. I watched some movies and I read Hamlet about 30 years ago.


View all my reviews

“Do you need help?” he asked.
“Always.” I sighed. “But it is too late for me. You just stood there watching when I went out on that bridge and started blabbing about the Tri-Cities being our territory to guard, when any idiot could have seen that I needed you to shove a gag in my mouth.”

Mercy is busy protecting the territory. That‘s what happens, when you kill trolls and make bold statements about protecting what is yours! Goblins, zombies, witches and black magic…

One of my favourite things about Patricia Briggs are her likeable, fun supporting characters. Zee, Tad, Uncle Mike, Wulfe, Marsilia, Sherwood and Larry are a delight.

My favourite scenes are the fight scene with the goblin in the beginning and the final fight. I am a big fan of that one creature popping up there at the end. The witches are very, very creepy.

This brings my Mercyverse re-read to its end. I started in January and read all of the full-length Mercy Thompson and Alpa & Omega novels, one prequel and a comic adaptation. I had fun and kept most of the ratings the same. Onwards to Smoke Bitten…

One by one,
Two by two,
The Hardesty witches
Are traveling through.
With a storm of curses,
They call from their tomes;
They will drink your blood
And dine on your bones.

A good title for this book could have been „Trouble with Witches“.

Zombies, vampires, werewolves, the fae, the mentioned witches and other critters that you have to figure out for yourself… And Mercy—“Not that clever. But I am a coyote and apparently stupid lucky.”—Thompson. I loved having so much of Zee, he has always been one of my favourite characters.

I had a lot of fun reading this! It might not have been terribly complex or twisty. But it had a cohesive plot, well-drawn characters, great action scenes, suspense, things to smile and laugh about, tension and some scary moments. Good fun, I was entertained!

Anything else would be spoilers.

Additionally I salute Patricia Briggs for ensuring that all of Zee‘s spells were worded in perfect German. They sound much better and more poetic in German, rather than in the translated English, by the way.

You wouldn‘t believe how much badly translated German can be found in English language novels. It’s terribly jarring, if you speak the language.

Water, be my friend,
come and stay by my side.
Flow, release, bind, grab,
entangle the witchcraft, catch it,
diminish the curse, decay the spell,
take it away, hear me.

I am about to finish my first ebook and there is not much left of my audiobook. How are you doing?

Helloooo Readers! While this is not exactly the situation in which we’d hoped to be back with you, we are happy to be able to gather our little …

No plans yet for next weekend? I do now…

#24in48: The Social Distancing Edition

I gave the blog my handles for Goodreads, Instagram and here — no promises, how diligent I will be with posting updates. I will try to manage 24 hours, again no promises. Last time I took part in something like this, I think I did 13 hours or so? Not sure, will have to look it up…

Anyway, this is the hashtag for it: #StayHome24in48

And my Insta: https://www.instagram.com/cathepsut/?hl=de
(No idea if that is the correct way of giving Instagram handles)

Oh, yes, since yesterday I am working from home, at least till the end of March. We‘ll see after that.

I Was Just Thinking

mini book reviews, my opinions in rambling form, & whatever the heck else i want to talk about.

Books of My Heart
That Artsy Reader Girl
Still an unfinished person...

...but entering my sixth decade of life, closer to becoming a complete one than in my previous five decades.

A Storm of Pages

Book Reviews: Scifi, Fantasy, and the stuff in between